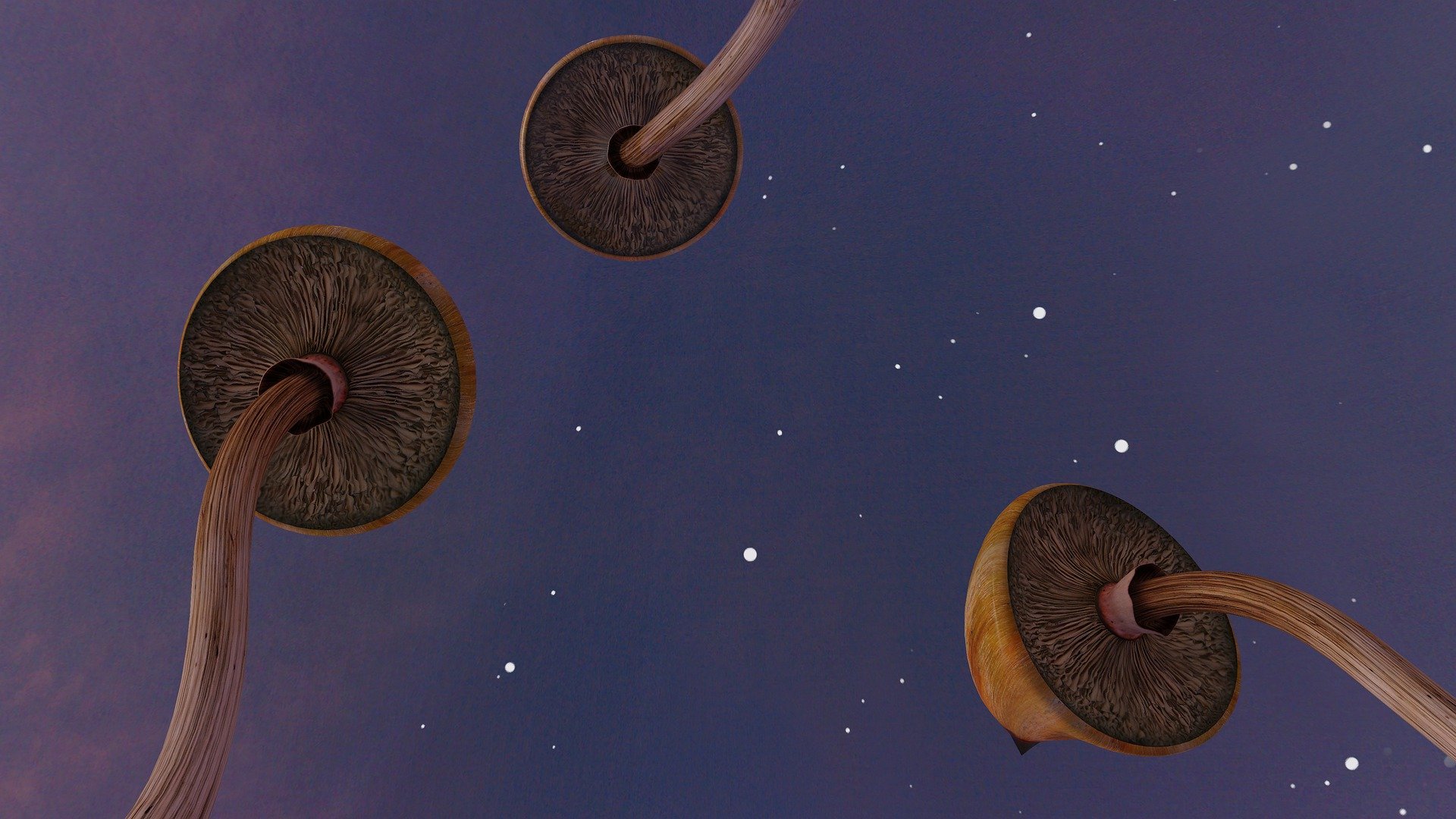 People around the world use psilocybin, a psychedelic compound found in many species of hallucinogenic mushroom, to alter their perception, open their minds, and increase their self awareness.

Imagine entering another dimension within your own mind, equally colorful and vibrant as it is dark and terrifying. Psychedelics are often like a difficult discovery of enlightenment that will leave you feeling like you're at the edge of the universe, yet ready to face all of its challenges.

Spiritual, medicinal, therapeutic, and recreational, “shrooms” are one of the most popular and commonly available natural psychedelics worldwide.

Shrouded in mystery, here we will take a dive into the long storied past of humanities psilocybin experience, legality in countries across the world, what to expect on your first exploration into an altered state of consciousness, and how to choose a mushroom retreat that's right for you.

Psilocybin is the psychoactive compound found in many species of psychedelic mushrooms.

Shrooms, golden tops, cubes, or simply Magic Mushrooms are all names often used to describe Psilocybe Cubensis, the most common species of psilocybin mushroom due to its ease of cultivation.

Today, there are over 180 known species of mushrooms that contain psilocybin or psilocin.

Mankind’s use of hallucinogenic mushrooms dates back to the earliest recorded history, so it's difficult to comprehend how influential magic mushrooms have been over the course of human evolution.

Man and Mushroom - A Brief History of Psilocybin

History has recorded mankind’s use of magic mushrooms traced back to as far back as 1000 BCE in Mexico and Guatemala, and have been used for thousands of years by Native Americans in South and Central America.

In the 13th century, in Albertus Magnus (otherwise known as Albert the Great)’s treatise on Plants dubbed “De Vegetabilibus'', he cautions potential users against eating these mushrooms that “"stop up in the head the mental passages of the creatures [that eat them] and bring on insanity".

The first European record of their use showed up in the 16th century writings of a Spanish priest who wrote about the Aztec's use of mushrooms.

Fast-forward to 1957, an amateur mycologist (which is someone who works with fungi) R. Gordon Wasson published an article about psychoactive mushrooms in Life Magazine, marking the first time in their existence they received coverage in popular media. 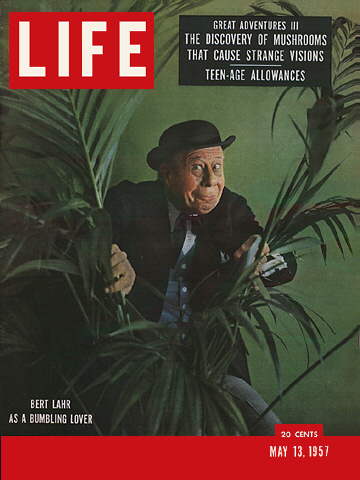 In countless cultures throughout history, psilocybin mushrooms have been recognized for their medicinal and therapeutic properties.

Although our prehistoric ancestors were no strangers to this ancient medicine, never in history has there been such widespread recreational, medicinal, and spiritual use of psilocybin as there is in modern day - in fact, as of 2013 there were estimated to be over 30,000,000 psychedelic users in the United States.

In modern-era North America, the medical community is conducting research on psilocybin-assisted therapy with a focus to treat:

Among other mental disorders. One of the organizations leading the charge is MAPS (Multidisciplinary Association for Psychedelic Studies), a non-profit research and educational organization that develops medical, legal, and cultural contexts for people to benefit from the careful uses of psychedelics and marijuana.

Psilocybin mushrooms (along with LSD) are also known to successfully reduce the probability of occurrence of cluster headaches (painful headaches that occur in periods at a high frequency), and reduce the pain during the attacks for weeks or even months[*].

The legal status of psilocybin mushrooms varies worldwide and there is plenty of ambiguity around the legality of magic mushrooms.

In many countries where it is illegal there’s often an element of selective enforcement of the law on this matter.

In the United States, psilocin and psilocybin are classified as Schedule I drugs, therefore the possession of psilocybin-containing-mushrooms is illegal. Some cities have decriminalized the drug, such as:

In 2020, the state of Oregon voted in an initiative to legalize psilocybin for mental health treatment, and Washington, D.C. has passed an initiative to decriminalize the cultivation and possession of “entheogenic plants and fungi”.

In Canada, sale and possession of psilocybin mushrooms is illegal, but is rarely enforced.

Law enforcement has tolerated the use of this plant, with police citing a focus on more harmful criminal drug activities. Dried psilocybin mushrooms are sold and shipped openly by online vendors, and online dispensaries that openly sell microdoses are also fully operational.

In Jamaica, psilocybin mushrooms have never been classified as illegal, and are openly cultivated and sold.

The Netherlands allows the sale and possession of psilocybin in the form of truffle, and are legally sold and taxed as “magic truffles” across the country.

The Netherlands is one of the most popular mushroom retreat destinations.

Brazil’s legal system leaves a significant loophole, psilocybin and psilocin are listed as illegal substances on their own, but not the fungal species themselves; meaning psilocybin mushrooms are legal.

Recently the prohibition of shrooms has come under fire from the general public and medical professionals due to its medicinal properties, very few medical risks, and low potential for abuse compared to other Schedule I drugs, reminiscent of the way marijuana prohibition has been scrutinized.

Set and setting - universally accepted as the two most important factors when considering taking a journey on a psychedelic experience.

Your mind(set) and the physical and social environment (the setting) will be the difference between a positive or a negative experience. In order to ensure the most enjoyable experience possible, you would be best suited to approach the trip relaxed and curious, in a comfortable, and safe place.

The duration of a magic mushroom trip can range from 2-7 hours, and effects can vary dramatically from person to person, and depending on the size of dose.

The user may experience a wide range of emotional, mental and visual hallucination effects both positive and negative in nature.

People often report philosophical or deep thinking, sensations of insight, life-changing spiritual experience and perspective altering emotional states. If your set & setting are not positive (for example, if you are with someone you distrust or dislike), negative feelings of anxiety, fear and confusion may occur.

As with most hallucinogens, visuals are commonplace. These can range from light sensitivity, closed eye patterns, to open eye visualizations and patterns. Walls or other still objects can appear to be breathing. Perhaps one of the most peculiar effects that tends to accompany this trip is time perception alteration - minutes can feel like hours.

How to Participate in a Magic Mushroom Ceremony

There are many reasons why one may consider taking part in a guided ceremony; first timers seeking a safe place for the start of their journey or a more experienced psilocybin user looking to partake in a larger dose than they are accustomed to. Additionally, those seeking personal development, spiritual breakthroughs or creative breakthroughs can greatly benefit.

It’s been said a dose of psilocybin is the equivalent of ten years of therapy, and those who have chosen to take the leap have often described it as a life changing transformative experience.

If you’ve read this far into the article chances are you are ready to start exploring the options available to you, and at Retreat Guru we want to ensure you find the right experience for your needs.

There are many safe and reliable retreats across the world specializing in psilocybin ceremonies, but they are most commonly found in countries that have legalized the drug. Here are a couple of our top choices

The Netherlands is a premier location for psilocybin retreats, and that comes as no surprise (think Amsterdam). given the embrace of the country has given to the “magic truffle”. Earth Awareness is one of the most reputable retreats in the country, truly a magical escape for the mind, body and soul.

The nature temple is a captivating organically built work of art promising an unforgettable destination on your adventure.

Fully legal and embraced by their culture, Jamaica is host to a number of wonderful retreats. One of the top rated getaways in the country Silo Wellness offers a rich healing environment over the course of 6 days. This journey full of self exploration will leave you feeling like you have a new lease on life.

We hope you are now well equipped with the knowledge you need to make an informed decision. Trust your instincts, take your time and explore your options. Every person is different, make sure you find the setting and situation that feels right for you. If you do it right, it will be the experience of a lifetime.

Take it all in and enjoy the journey.

Sarah Peterson is the head of marketing at Retreat Guru, co-founder & CMO at FLIGHTFŪD, and a marketing & growth consultant with a track record of driving rapid growth.