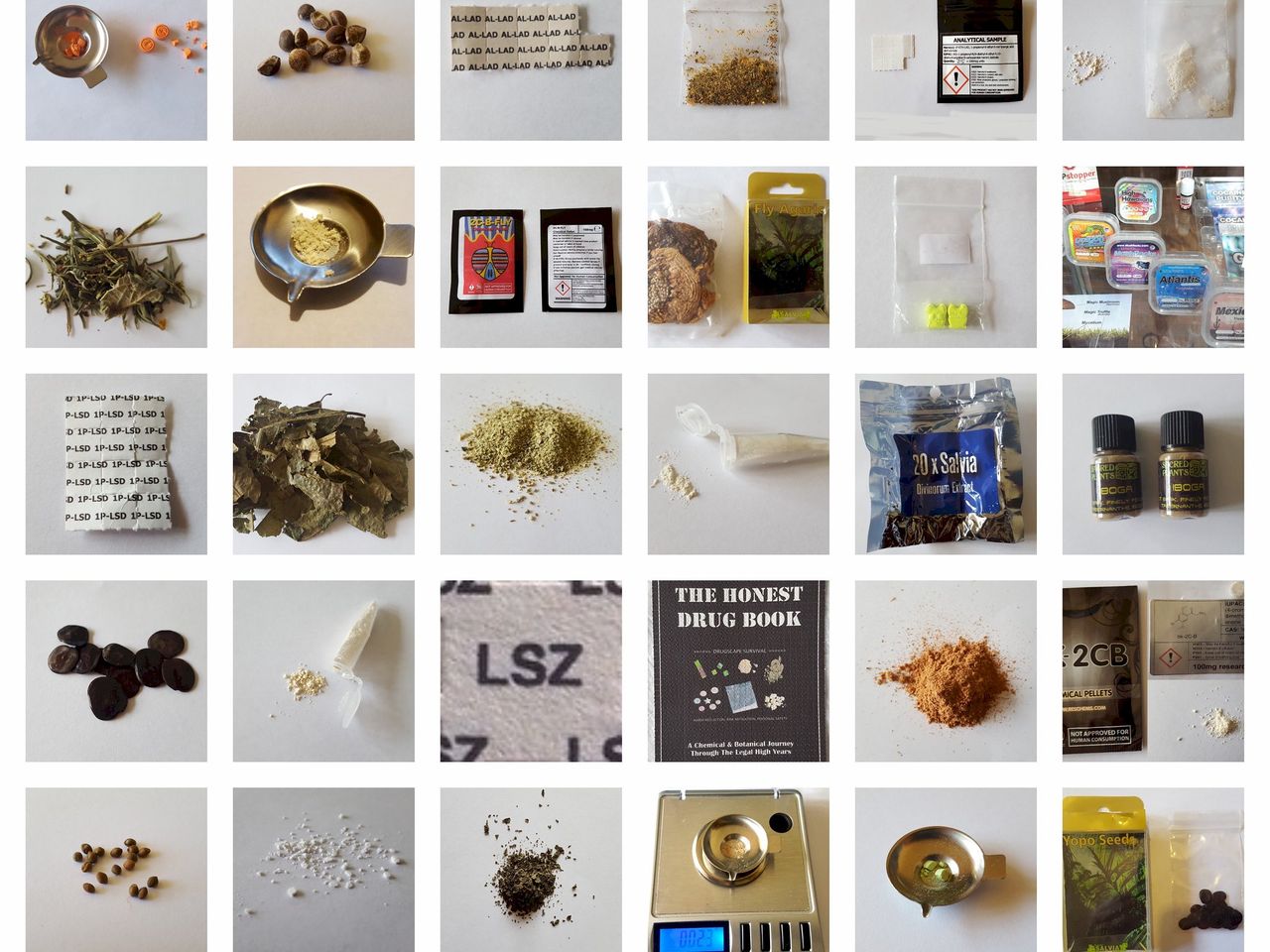 There are many different types of psychedelics.

So while every psychedelic creates ‘psychedelic effects’, each deserves its own classification, because of a unique characteristic it has.

For example, we can define certain classes of psychedelics by their chemical structure, whether they are natural or synthetic, and by how long their effects last.

In this article, we will outline the various types of psychedelics and explain why each classification is distinct. As you will see, the variety of these substances is endlessly fascinating and deserves recognition.

Types of Psychedelics: Natural vs. Synthetic/Semi-Synthetic

First, we should note that many psychedelic substances occur in the natural world[*]. Different types of psychedelics can be found in a range of plants, mushrooms, toads, and mammals (including humans).

The use of naturally-occurring psychedelics has a long and rich history, with psychedelics being used in a ceremonial way in Mayan and Aztec civilizations (e.g. psilocybin mushrooms), Native American culture (e.g. mescaline-containing cacti), and among Amazonian indigenous tribes (e.g. ayahuasca).

To make a synthetic psychedelic, you need to create a chemical reaction that will produce the substance in question. It should be noted that many types of psychedelics that occur naturally can also be created in a synthetic way by a chemist in a lab. Psilocybin can be synthetic, as can mescaline. When a psychedelic is extracted from the plant itself through a chemical process, this doesn’t mean the compound is synthetic.

Synthetic mescaline[*], for instance, means the compound has been created purely from chemicals and chemical reactions and doesn’t involve trying to isolate the mescaline from a mescaline-containing cactus.

Semi-synthetic psychedelics are derived from natural products but aren’t themselves found in any plants, mushrooms, or animals.

The most well-known semi-synthetic psychedelic is LSD, synthesized by the Swiss chemist Albert Hofmann in 1938[*].

Hofmann was creating derivatives of lysergic acid, which is a compound found in the ergot fungus that grows on rye. These derivatives were similar in chemical structure, then, to the natural compound lysergic acid. Hofmann created 25 kinds of derivatives, with the 25th being lysergic acid diethylamide (LSD-25).

He hoped this compound would be useful as “a circulatory and respiratory stimulant”, but – after accidentally getting the substance on his skin – he discovered it was a powerful psychedelic.

Other semi-synthetic psychedelics do exist, but they are not as widely known as LSD. One example includes Salvinorin B methoxymethyl ether, similar in structure to Salviorin A, but with longer-lasting effects.

These psychedelic compounds are also called ‘classical’ because they are the most common and historically and culturally rich chemicals.

Types of Psychedelics by Differences in Chemical Structure

Psychedelics can be further divided into other types of psychedelics, based on what their chemical structure looks like. For example, there are:

Types of Psychedelics: Compounds With Other Significant Effects

The non-classical psychedelics can be divided into types of psychedelics defined by other psychoactive effects.

For example, there are dissociative drugs that can have psychedelic effects. Dissociative substances are those that produce feelings of detachment from oneself and one’s environment.

Then there are non-classical psychedelics whose main or other significant effects include feelings of empathy.

These substances are known as empathogens or entactogens. But they can also have psychedelic effects.

Something we haven’t touched on so far is the legal aspect of different types of psychedelics. Indeed, while most psychedelics are illegal in most countries, in some countries, it’s legal to use certain psychedelics or legal in specific contexts, such as for religious reasons.

Researchers have scientifically studied psychedelics such as psilocybin, DMT, LSD, MDMA in countries such as the US and UK[*]. But these substances are only legal in the context of research. Outside of this context, in these countries, they are illegal.

Psychedelics also differ in their potency, that is, how much of it you need to take to achieve psychedelic effects.

Types of Psychedelics by Potency

Some psychedelics are highly potent. This means that you do not need to take much of the substance to experience changes in your perception, emotions, or thoughts.

The most potent psychedelic substance is LSD[*], as doses are measured in micrograms (one-millionth of a gram). A standard psychedelic dose of LSD is 100 micrograms.

With other psychedelics, you need to take a much higher dose than this to experience perceptual changes. This includes psilocybin[*], where dosages are 4-40mg (a milligram is one-thousandth of a gram), as well as DMT[*] (dosages might be 10-50mg), and 2CB[*] (people usually take 5-40mg of the substance).

With other psychedelics, you need to take higher doses than this to experience a similar intensity in effects. This would include mescaline[*], with standard doses being between 200-700mg.

Types of Psychedelics by Duration of Effect

Another way of distinguishing between types of psychedelics is to look at how long their effects last.

Psychedelics With a Short Duration

Psychedelics With a Medium Duration

Psychedelics With a Long Duration

This should give you an idea of how much psychedelics can vary. If you are looking to join a plant medicine retreat, you can use the above information to help guide your decision. For instance, you now know where plant medicines are legal and where they aren’t. You can also make a choice based on how comfortable you feel with the duration of the psychedelic journey.