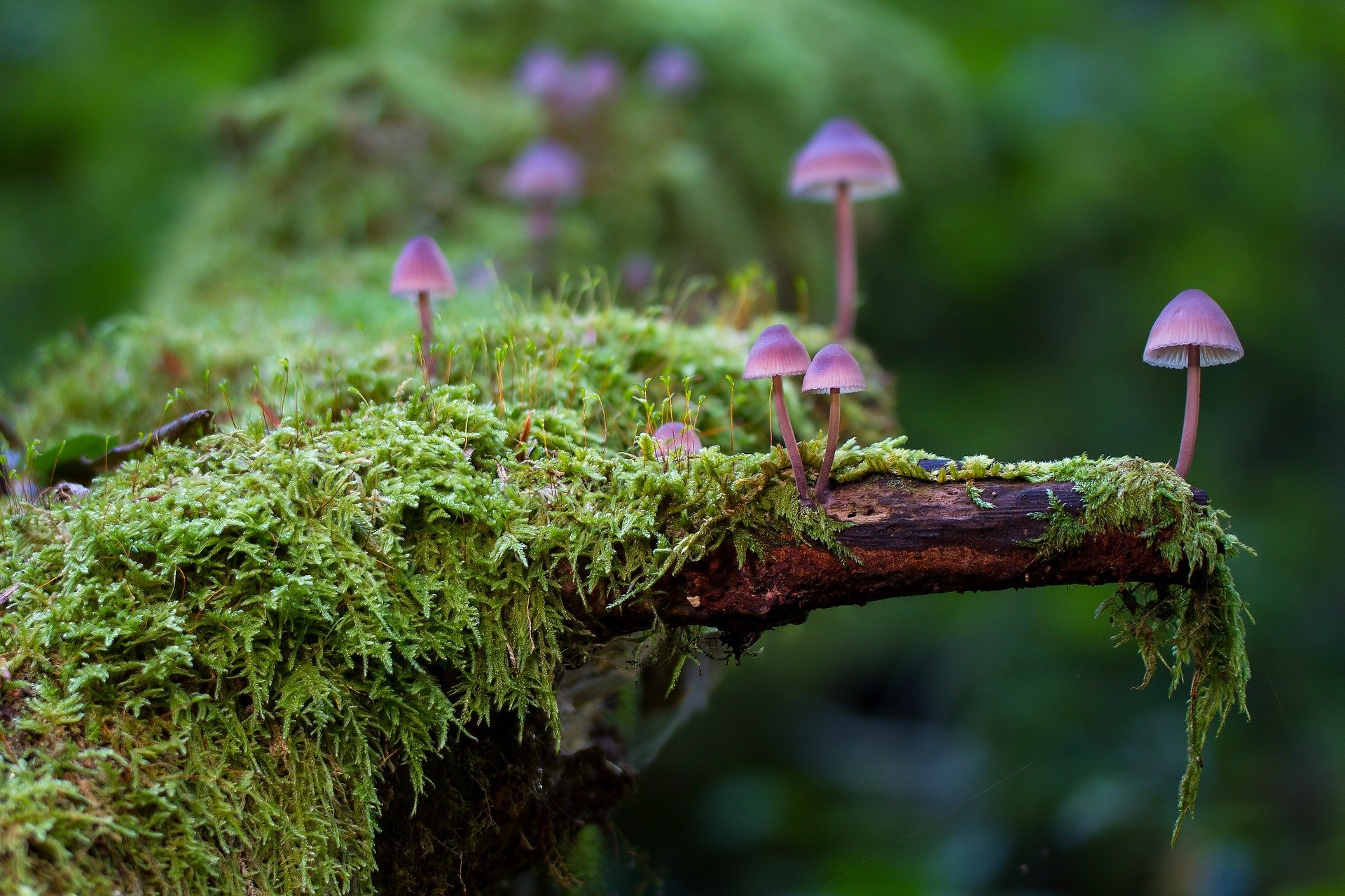 Many studies on psychedelic therapy involve giving participants psilocybin, or magic mushrooms, as a way of treating a certain condition. This is known as mushroom or psilocybin therapy.

Now gaining traction as a potentially highly effective form of therapy for a range of conditions, psilocybin therapy is showing particular promise with managing depression. As more research is conducted on the therapeutic application of psychedelics, , psilocybin therapy may become a legal and accessible form of mental health treatment.

In this article, we’ll outline what mushroom therapy is, the conditions it can treat, how it works, and how it compares to more traditional treatments and therapies.

What is Psilocybin Therapy?

First, let’s begin by defining what psilocybin is.

Psilocybin is a prodrug, meaning it itself is not psychoactive. Perhaps you’ve taken magic mushrooms before and experienced psychoactive effects, or a “trip”: that’s your body converting the psilocybin into psilocin, which is responsible for the psychoactive experience[*].

Psilocin is structurally similar to the brain chemical serotonin and it causes psychedelic effects by stimulating the brain’s serotonin receptors.

‘Magic mushrooms’ also already contain psilocin. So, when you consume these mushrooms, you trip because of the psilocybin that converts to psilocin, as well as due to the psilocin already present.

With psilocybin therapy, you might expect that you’d take a dose of magic mushrooms.

However, researchers do not give participants straight mushrooms, but rather synthesized psilocybin alone. . This psilocybin will typically be created through a chemical process by a chemist rather than extract it from a mushroom specimen.

Magic mushrooms contain other psychoactive chemicals, such as baeocystin and norbaeocystin[*]. These are both analogs of psilocybin, meaning they share a similar chemical structure.

Psilocybin therapy involves giving patients psilocybin in a certain context. It involves one or more psilocybin experiences, supplemented with psychotherapy. Patients do not take prescribed psilocybin to take on their own.

The therapist is there to provide support if needed. But there is not usually much dialogue between the participant and therapist during the experience, not like there is in the preparation therapy session.

On a subsequent day after the psilocybin experience, patients will meet with their therapist again, for one or multiple sessions. These sessions help the patient make sense of their experience. This is known as psychedelic integration.

The latter is high enough to induce a mystical experience.

Using Psilocybin Therapy to Treat Depression and Other Conditions

Major depression is a mood disorder affecting over 264 million people worldwide[*]. While many people respond well to traditional treatments (e.g. antidepressant medication and psychotherapy), many do not. They have what is known as treatment-resistant depression[*].

Psilocybin therapy can alleviate this hard-to-treat depression, as shown by a study published in 2017 by a team of researchers from Imperial College London[*]. In fact, psilocybin therapy is so effective at treating severe, treatment-resistant depression that the Food and Drug Administration (FDA) has designated it as a Breakthrough Therapy[*]. This means the therapy meets an unmet need for those suffering from major depression.

Many patients with a terminal illness experience what is called end-of-life anxiety. This is a kind of existential anxiety, anxiety about one’s life coming to an end.

A study published in 2016 demonstrated that psilocybin therapy produces substantial and sustained improvements in both depression and anxiety in patients with terminal cancer[*].

Addiction is often a hard-to-treat health condition, with many sufferers struggling to gain sobriety and avoid relapsing. However, various studies have shown that psilocybin therapy can help smokers quit more effectively than traditional drug treatment[*]. There is also evidence that psilocybin-assisted therapy can treat alcohol dependence[*].

How Does Psilocybin Therapy Work?

Studies on psilocybin therapy yield impressive and promising results. But how exactly does psilocybin cause major depression, for example, to lift?

In patients with depression, neurites (the sections of a neuron that connect neurons together) shrivel up in the hippocampus[*].

The hippocampus is a key brain region responsible for memory and emotion. The shrivelling up of neurites in this region is one of the hallmarks of recurrent and hard-to-treat depression.

One animal study has suggested that psilocybin may support the growth of brain cells in the hippocampus (this is known as neurogenesis)[*].

Low brain entropy is associated with rigid states of mind, such as depression.

If you experience depression, you may find yourself stuck in long periods of low mood, rumination, and low self-esteem. High brain entropy, on the other hand, is linked to more flexibility.

Studies have suggested that psilocybin leads the brain to become ‘hyperconnected’[*]. This means brain regions that don’t normally communicate with each other start talking. For patients with depression, this experience can offer new and healthier ways of viewing themselves and the world.

#3. May Provide a Mystical Experience

Researchers looking at psilocybin therapy have suggested that antidepressant effects depend on the quality of the psilocybin experience[*].

More specifically, if psilocybin induces a mystical experience, this will be more likely to alleviate treatment-resistant depression than a psilocybin experience without mystical effects.

The features of mystical experience that researchers have explored include ego dissolution, the experience of unity, blissful state, insightfulness, and disembodiment.

Also read: What is a Mushroom Retreat

It is not just a mystical experience, it seems, that can help you to manage the symptoms of depression.

A study published in the journal Neuropharmacology found that psilocybin therapy helps to treat depression by increasing emotional responsiveness[*]. In other words, psilocybin (taken in appropriate conditions and dose) may allow you to become more connected to your emotions.

This is in contrast to many people’s experiences with antidepressant medication like SSRIs, which may lead to emotional blunting.

Another study, published in 2019, discovered that psychedelics may support an increase in feelings of well-being by causing emotional breakthroughs[*]. These are experiences where you face difficult feelings you usually avoid and get closure on an emotional problem.

Now that we have described the effectiveness of psilocybin therapy, you may be wondering how this form of psychedelic therapy compares to traditional treatments and therapies. When it comes to depression, for instance, antidepressant medication and psychotherapy are the conventional forms of treatment. Psilocybin therapy has some advantages over both.

It is thought by researchers that psilocybin therapy is fast-acting, with antidepressant effects occurring one week following treatment[*]. Antidepressants, in contrast, can take weeks or months to take effect[*].

Psilocybin therapy does not entail many of the unpleasant side effects associated with antidepressant medication, including:

You do not need to take psilocybin every day, as you do with antidepressant medication. However, psilocybin is still not legal in most countries and regions.

Psilocybin therapy and psychotherapy tend to go hand in hand.

That’s because mushroom therapy involves only one or two psilocybin sessions and a handful of separate sessions talking with a psychotherapist.

Conventional psychotherapy, on the other hand, can take place over many years, involving weekly sessions.

If made legal and accessible, psilocybin therapy could be more affordable than psychotherapy on its own, which would make this form of therapy available to many more people.

The Future of Psilocybin Therapy

Carhart-Harris believes psilocybin therapy could become a licensed and marketable form of treatment in Europe and North American within the next five years[*].

If made a legal and accessible treatment, psilocybin-assisted therapy will be able to offer relief and recovery for patients living with depression and other conditions.

As we have seen, psilocybin therapy may be a viable treatment for mental health conditions such as depression.

Having highly effective and cost-effective treatments is needed to tackle the mental health crisis that we currently find ourselves in.