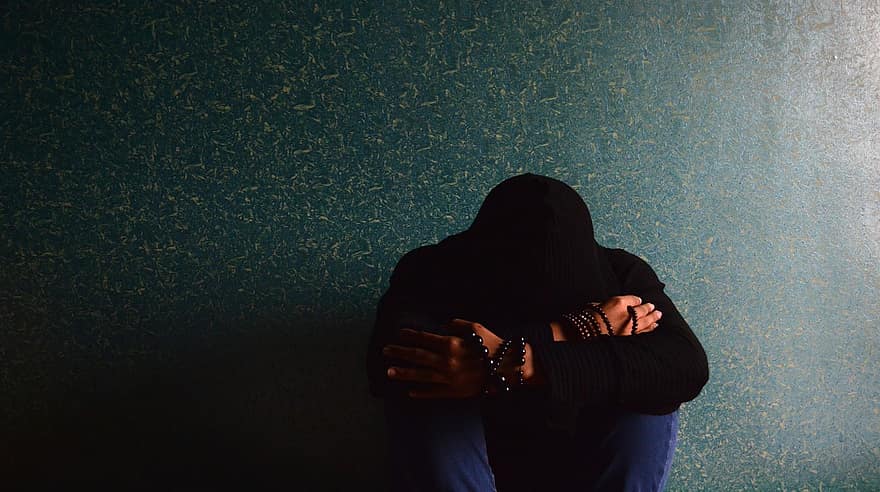 Good news: Recent research is showing promising results for the use of psychedelics and depression.

More than 264 million people, worldwide, struggle with depression, according to the World Health Organization (WHO)[*].

Depression is also the leading cause of disability worldwide. It’s a mental health condition that can seriously affect the lives of depressed individuals, with major costs to the economy as well.

But despite the widespread use of traditional therapies, depression is still on the rise globally.

Traditional treatments do not work for many people living with depression. For this reason, researchers have been trying to find better, more effective forms of treatment. Research into psychedelics and depression has revealed that some psychedelic drugs may have promising therapeutic application to many mental health disorders.

In this article, we examine the connections between psychedelics and depression, looking at how different psychedelics fare when it comes to the treatment of this common mental health condition.

A Quick Rundown on Depression

Chances are you know what depression is, but you may not know the different variations of this mental health disorder.

Also, in research on psychedelic therapy, patients with bipolar disorder or psychotic symptoms are excluded, as psychedelics can worsen these conditions[*].

Common symptoms of major depression include:

There are many treatments for depression, both traditional and non-traditional.

Many people living with clinical depression, however, have treatment-resistant depression.

If you have this form of depression, then the available treatments you’ve tried failed to offer relief of symptoms or helped your depression to go into remission.

Psychedelic research has suggested that many psychedelics may benefit those with treatment-resistant depression.

Some of the most commonly recommended treatments for depression include:

While these are not traditional treatments by way of the medical field, many of these strategies have been well researched with promising outcomes.

Psychedelics and Depression: A New and Promising Approach

Researchers first began looking at the link between psychedelics and depression in the 1950s and 1960s. This is when research into psychedelic therapy really took off, with most of the focus being on the effects of LSD. But with the prohibition of psychedelics in the 60s and 70s, this research pretty much ground to a halt.

Psychedelic research took off again in the 1990s. Many consider this the start of the ‘psychedelic renaissance’, which refers to this period of increased research on – and interest in – psychedelics.

Since the 90s, many researchers have returned to the question of if and how psychedelics can help people with depression.

Researchers have discovered that various psychedelics may be effective in alleviating the symptoms of depression quickly, with long-lasting relief for patients.

Psychedelics appear to alleviate depression both when taken in high doses, supplemented with psychotherapy, as well as in microdoses (taking a small enough dose so that no psychedelic effects occur, but antidepressant effects still occur).

In the 1950s and 1960s, many researchers were studying LSD and LSD-assisted psychotherapy to see how this compound affected a range of psychiatric disorders, including depression[*].

Much of this research suggests that LSD could alleviate depressive symptoms[*], such as in patients with advanced-stage cancer[*].

Most modern research on psychedelics and depression focuses on psilocybin, not LSD.

Nonetheless, one survey, published in 2019, showed that microdosing LSD results in improvements in depression[*]. It’s worth noting, however, that there are few studies looking at low doses of LSD for depression[*], with no conclusive results as of yet.

Psilocybin is one of the main psychedelic compounds found in psychedelic mushrooms. It converts into psilocin in the body, which results in psychedelic effects. There are quite a few important studies showing that psilocybin may support the treatment of those with depression.

For example, a 2016 study suggested that psilocybin produces substantial and sustained reductions in depression in patients with advanced-stage cancer[*].

Then in 2017, a study demonstrated that two doses of psilocybin may quickly alleviate treatment-resistant depression, with long-lasting antidepressant effects (up two six months)[*].

Robin Carhart-Harris, the lead researcher of the 2017 study, believes psilocybin helps to treat depression by allowing areas of the brain that don’t normally communicate with each other to start doing so. Carhart-Harris and other researchers also concluded that antidepressant effects depend on the quality of the psilocybin experience.

In particular, participants who had mystical experiences were more likely to experience reductions in depressive symptoms.

Many people also microdose psilocybin mushrooms as an alternative antidepressant. Anecdotal reports suggest it is effective.

However, scientific research about the benefits of microdosing psilocybin is not as conclusive as studies involving psilocybin-assisted therapy, which involves higher doses and mystical experiences.

Ayahuasca is a psychedelic brew that contains the compound DMT.

Indigenous communities in the Amazon have been using ayahuasca for spiritual purposes for hundreds of years. It wasn’t until the 90s that Western scientists began to study the effects of ayahuasca.

Since the 90s, some studies have supported what many people subjectively experience following an ayahuasca retreat: an alleviation of the symptoms of depression.

A 2018 study by a team of Brazilian researchers found that ayahuasca may have rapid antidepressant effects[*]. This occurred in patients who had treatment-resistant depression.

The researchers of this study note that ayahuasca decreases activity in an area of the brain called the default mode network (DMN).

By reducing the activity of the DMN, ayahuasca – like psilocybin – helps people with depression to get unstuck from repetitive low mood and negative thinking.

Ketamine is not a traditional psychedelic like LSD or psilocybin. But in certain doses, it does result in psychedelic effects, such as alterations to:

Ketamine therapy is currently considered one of the most ground-breaking forms of treatment for depression, alongside psilocybin therapy. In a review of studies on ketamine and depression, the research suggests that ketamine may support more significant antidepressant effects than both placebo and traditional antidepressants[*].

In addition, ketamine may produce rapid antidepressant effects[*], as well as a rapid reduction in suicidal thoughts in patients with major depression[*].

If you have depression and have tried antidepressant medication and talk therapy with little benefit, you may be exploring other options.

You may find antidepressants and psychotherapy provide important benefits, but feel that the relief is not substantial enough, or that these treatments involve some downsides.

Psychedelic therapy is showing promise in supporting those with treatment-resistant depression.

For example, antidepressant medication can carry various unpleasant side-effects, both physical (e.g. impacted sleep, low sex drive, changes in appetite, and headaches) and psychological (e.g. feeling numb, a lack of emotion). Psychedelic researchers argue that psychedelics can treat depression by increasing emotional connection, rather than by blunting emotions, which many people experience when taking antidepressants[*].

Psychedelics like psilocybin also don’t involve many of the unpleasant side-effects of antidepressant drugs, although the psychedelic experience itself can be intense, overwhelming, and challenging.

A downside that many people report with psychotherapy is that it can involve many sessions, lasting years, but the depression seems to keep causing issues.

A further issue with antidepressants is that some medications can take weeks or even months to start working. This is in contrast to the rapid antidepressant effects of psychedelics.

While some treatments may help with managing the symptoms of depression (e.g. dietary changes and daily exercise), this does not address the root causes of the depression. Psychedelic therapy can allow you to do deep inner work, addressing the underlying reasons of your depression.

When discussing psychedelics and depression, however, the process of psychedelic integration should be emphasized. This involves taking the time to reflect on the psychedelic experience and put certain lessons and insights into action. By spending time and effort on integration, you will give yourself the best chances of maintaining the antidepressant effects of psychedelics.