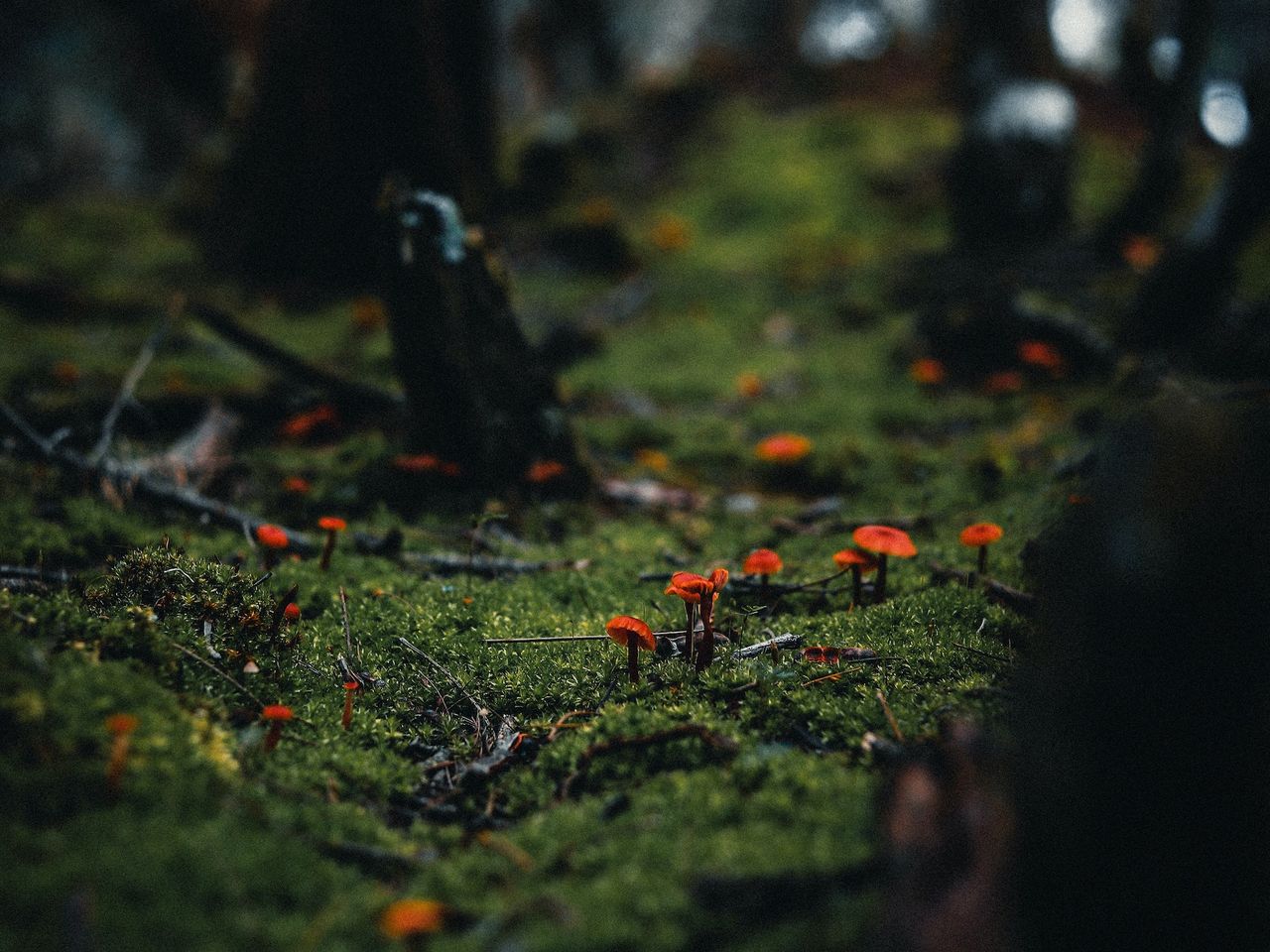 The history of psychedelics is rich, varied, and fascinating.

In this article, we will explore the history of psychedelics from ancient times to the recent present, describing the many interesting plants, mushrooms, and chemicals that have made an indelible mark on religion, culture, science, and politics.

The earliest evidence of psychedelic use can be found in a cave in the Tassili-N-Ajjer region of the Sahara desert, Algeria[*].

In this cave is a mural depicting what is referred to as the ‘mushroom man’ or ‘mushroom shaman’, a bee-headed figure with mushrooms sprouting out of his body; mushrooms identified as Psilocybe mairei. These are psychedelic mushrooms native to the region. The mural is 7,000 to 9,000 years old.

Another early piece of evidence of possible psychedelic use comes from the Selva Pascuala mural in a cave near Villar del Humo, Spain[*]. The mural features mushrooms that researchers believe to be Psilocybe hispanica, a local species of psychedelic mushroom. This mural is 6,000 years old.

There is also evidence of the use of peyote (a cactus containing the psychedelic mescaline) in the Rio Grande in Texas[*].

The researchers who discovered the specimens, dating back to 3,700 BC, said[*]:

“The identification of mescaline strengthens the evidence that native North Americans recognized the psychotropic properties of peyote as long as 5700 years ago.”

Meanwhile, the use of the San Pedro cactus (which also contains mescaline) is more than 3,000 years old in Peru[*].

In northern Peru, a stone carving of a deity – dating from 1,300 BC – shows this god holding the San Pedro cactus.

‘Mushroom stones’, indicating the use of psilocybin mushrooms, have been found in both Mexico and Guatemala, dating to 1,000-1,500 BC[*].

In 2019, a study published in the Proceedings of the National Academy of Sciences describes the discovery of a 1,000-year-old shaman’s pouch containing multiple psychedelics, including bufotenin and DMT[*]. The pouch originates from southwestern Bolivia and also includes snuffing tablets (used to crush plants into a snuff) and a snuffing tube, most likely used to snort the prepared drug. Interestingly, the pouch contained harmine which can be combined with DMT to achieve psychedelic effects. Researchers say it is likely this shaman took these substances together, either as snuff or through a beverage like ayahuasca.

While this study shows the possible use of ayahuasca 1,000 years ago, the researcher Dennis McKenna points out there isn’t data showing exactly how far back ayahuasca use dates. Many natives, however, believe that the ceremonial use of this tea is thousands of years old.

It was some time before Westerners discovered the use of psychedelics among different cultures. Such discoveries were first made by European explorers who sailed to Latin America. Here is a timeline of some of the most famous discoveries:

Western Use of Psychedelics

When it comes to the Western history of psychedelics, some Westerners intentionally ingested these substances to see what their effects were, whereas others had psychedelic experiences by accident. Here are some notable examples of Westerners using psychedelics:

By the 1960s, underground chemists – such as Leonard William Pickard, Nick Sand, and Owsley Stanley – started to manufacture LSD and distribute them to the general public. These chemists produced millions of doses of the compound[*].

The Early Science of Psychedelics

Following the discovery of psychedelic plants and mushrooms by Westerners, scientists soon started to study them, including their chemical compounds, effects, and therapeutic applications. Here are some of the key events first involving scientists in the history of psychedelics:

Since their discovery, scientists had free reign to study psychedelics. Drugs like LSD eventually made their way onto the streets, while remaining legal.

However, it was when psychedelics entered the public realm and popular culture that the law surrounding their production, sale, and possession started to change.

The Prohibition of Psychedelics

Following the widespread use of psychedelics in mainstream society in the early and mid-60s, bans on specific psychedelic substances started to be introduced. Later, we would see the prohibition of pretty much all psychedelics.

Here are some crucial legal developments that took place in the history of psychedelics:

For nearly two decades, extensive research was carried out on psychedelics and their effects on the mind and psychological well-being. Following the 1970 legislation in the US (and similar prohibitions elsewhere), however, the scientific study of psychedelics was ground to a halt.

This marked a turning point in the history of psychedelics, for we wouldn’t see the return of sanctioned research into psychedelics for another two decades.

The ‘psychedelic renaissance’ refers to the resurgence of government-approved studies about psychedelic substances, as well as their growing popularity in mainstream society once again.

Here are some of the interesting experiments with psychedelics carried out form the 90s onwards:

As we can see, the history of psychedelics is long and intriguing, full of twists and turns, and fascinating discoveries.

With research continuing into these substances and prohibitions gradually being relaxed, we will continue to see historic moments with psychedelics occur in our lifetime.