Meeting Buddhism in the modern era can seem a bit… confusing. Each tradition has its own appearances, rituals and emphasis, creating very different experiences for newcomers depending on which center they go to. Very few can ‘throw themselves in the deep end’ and become ordained to learn it all at once. So how exactly does a newcomer approach, learn and embody these teachings while living in our modern western culture? Joseph Frawley, a resident and teacher at the Sakya Losal Choe Dzong Tibetan Buddhist Society in Canberra, Australia, lives in the swirl of this question daily.

As a young teacher (28 years), he is particularly engaged in bringing the teachings of Buddhism to younger people in a way that feels accessible, applicable, and not at odds with modern science and secular values. We asked him to share some of what he has learned to give us insight into how Buddhism is adapting to meet the seekers of these times. 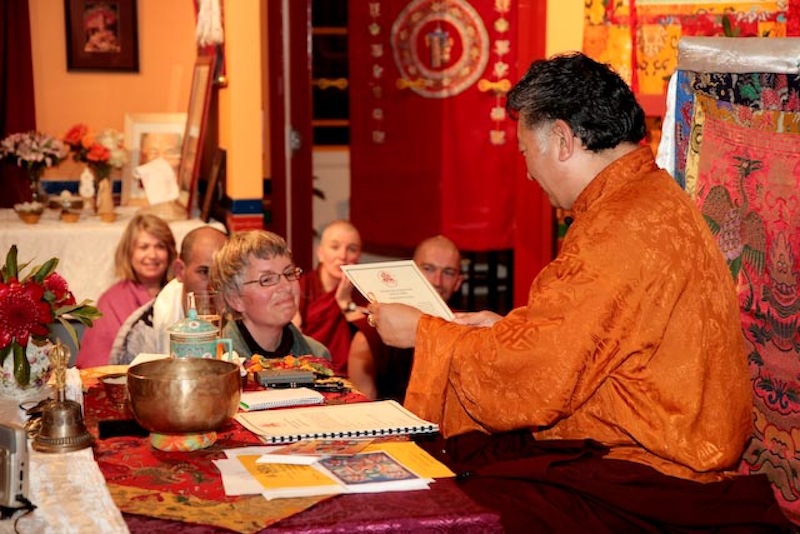 “The thing that I struggle with the most… particularly with young people, is making the teachings feel relevant and needed. Older people who might have finished the wife and kids thing, husband and kids thing, finished their career, maybe slowing down a little bit… these people are either realizing that they have enjoyed a great life and they want to give back or get a rude shock that they’ve jumped through all these hoops that they saw others do and they’re still not satisfied. They come to something like Buddhist meditation seeking something. Then… once they try it on and see how profound and life-changing it is, they have this time and this wisdom of lived experience to want to make meditation and other Buddhist teachings fit into their life, make it a priority. However, this typically doesn’t apply to the younger generation.”

Joseph is not alone in this observation. Many young spiritual seekers find themselves in the minority in meditation groups and classes, and there tends to be an age gap at meditation and Buddhism-focused retreats. He has a theory why.

“Young people on the other hand, and I was myself like this… have their whole future ahead of them. They might be halfway through their degree, they might be testing out new relationships with different people, they’re traveling, going to see the world, they learn another language, they can go online and learn something about economics or cake making or hairdressing, so there’s a whole universe of information that is available to people that weren’t available twenty years ago.”

In a sense, Buddhist teachers like Joseph and his colleagues have to compete with an onslaught of readily available activities to distract us. With countless books and online courses promising quick results with little effort, not to mention the ever-increasing pace of information delivery, the practice of meditation needs to be seen to be of value on par with the accumulation of knowledge. 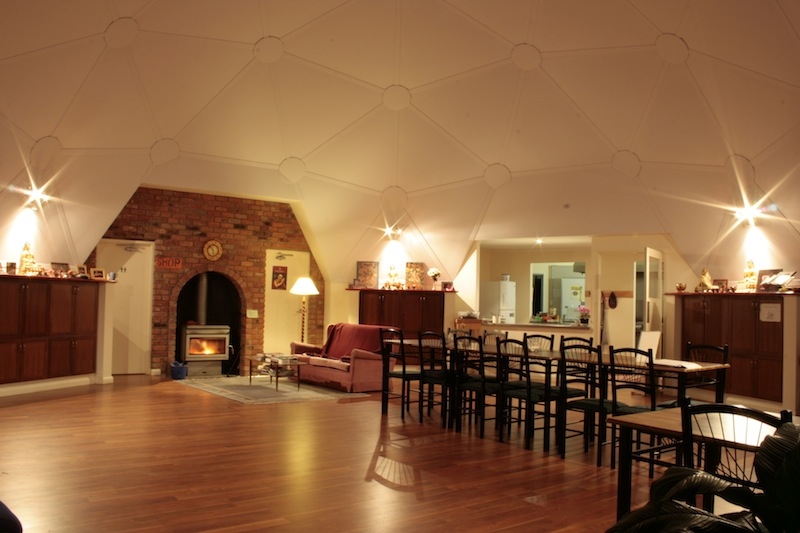 “And how do we cut through that?” he asks. “How do I make meditation ‘relevant’ to young people in that space? How do I make the idea of ‘knowing the knower’ as opposed to ‘the knower knowing more things’… a priority? Because although meditation might seem interesting on an intellectual level, without continually sitting down and doing it, even when you don’t really feel like it, you’re not going to see the benefits. I’d go so far as to say that without that discipline of meditation it makes it much harder for anyone to call themselves “Buddhist” because a real loss of the heart of the teachings occurs when we can’t support people to become more than just intellectually curious.”

Fortunately, devoted meditators are nothing if not patient and thoughtful. In his time working in Canberra and Victoria, tasked with bringing the teachings of Tibetan Buddhism to a younger population, he has come upon some new perspectives. He shared a few with us. The first thing to understand is who you’re dealing with and where they’re coming from.

“I think if we want to attract young people to Buddhism, we’ve got to navigate an individual who is spoilt for choice, more time full, and is incredibly more adventurous as opposed to young people 40 or 50 years ago.”

It’s true: all people’s lives seem to be more full, and they can choose from any number of things to do or engage with at any moment. No longer do people tune in to the radio at a certain time for their favorite show… they just go online and download it.

“I think the initial step of engagement comes through commenting on, explaining and decoding this modern western life, with its joys and struggles, through a Buddhist lens. A great example is how we consume media: if I can’t transform that act of being on Facebook, not just using it for entertaining but also to reach out and be kind to others who disagree with me, making it enter into my awareness practice, then there is this dualism - there’s sitting practice, high-sounding teachings and Mahamudra on one side and writing emails or driving to work on the other side. We need those two to meet. Unless you can use the Buddha’s teachings to explain and transform what we once thought of as ‘mundane’, Buddhist insight will not be applicable to people…  so that’s an error we as western teachers need to address,” he says.

But he sees a path forward: “The things that I want to teach in the next five, ten, fifteen years are working meditation and listening meditation. Conflict resolution, healing depression and anxiety, coping with difficult people, these are probably the most popular topics that we speak about in our community.  Every time we do a depression and anxiety talk the seats fill up really quickly. The other really popular one is, Thinking of Dying? Get a New Life. We give people an alternate way to think about their life span. So, I think the way that we approach young people, and my experience in Australia, is that we have to make these teachings speak to them about their lived experience: explain it, critique it, and offer a way to transform it.” 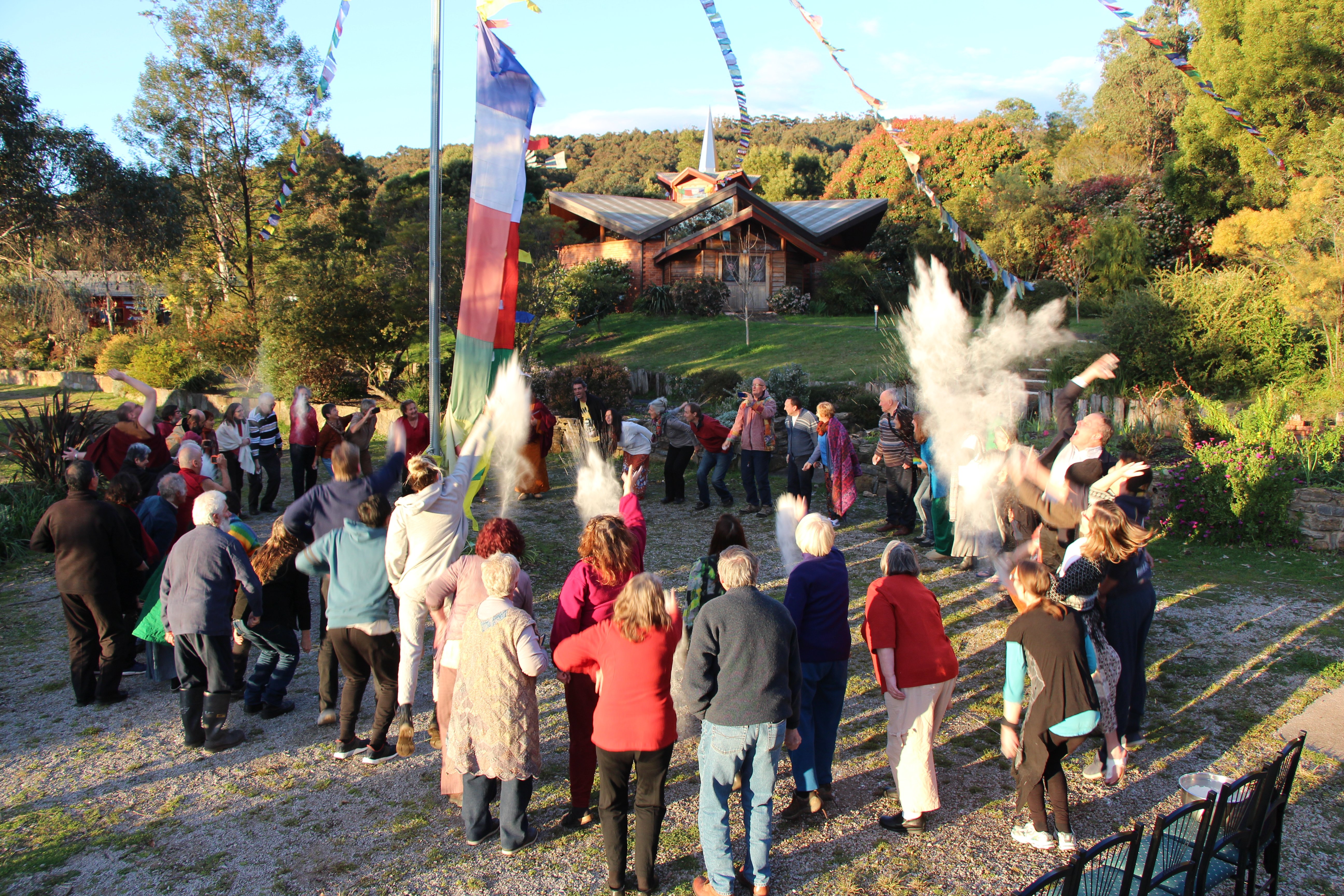 From this approach, curious seekers can learn how to apply the teachings to their lives. And as for making a massive, ancient lineage feel personal through specifics? This might just be how young, modern Buddhists can go from accumulating knowledge to knowing themselves more deeply.

And young Joseph Frawley would like nothing better. You can listen to one of his Dharma talks here.

Joseph Frawley met Lama Choedak Rinpoche in July 2012 and has been studying Buddhism and meditating ever since. He has volunteered for the last 8 years helping organize and run Buddhist retreats in Australia and completing as many retreats of his own as he can each year. He has also recently begun learning the Tibetan language with much joy. He currently shares the role of Retreat Center Coordinator in W-Tree with his partner and best friend Amelia. He wishes to make the vast and profound wisdom of Tibetan Buddhism as accessible as possible for curious Australians. Visit Sakya Losal Choe Dzong's Retreat Guru Center Page.

Zen Meditation: An Introduction and How to Practice at Home

15+ Benefits of Meditation Backed By Research

13 of the World's Best Countries for a Meditation Retreat