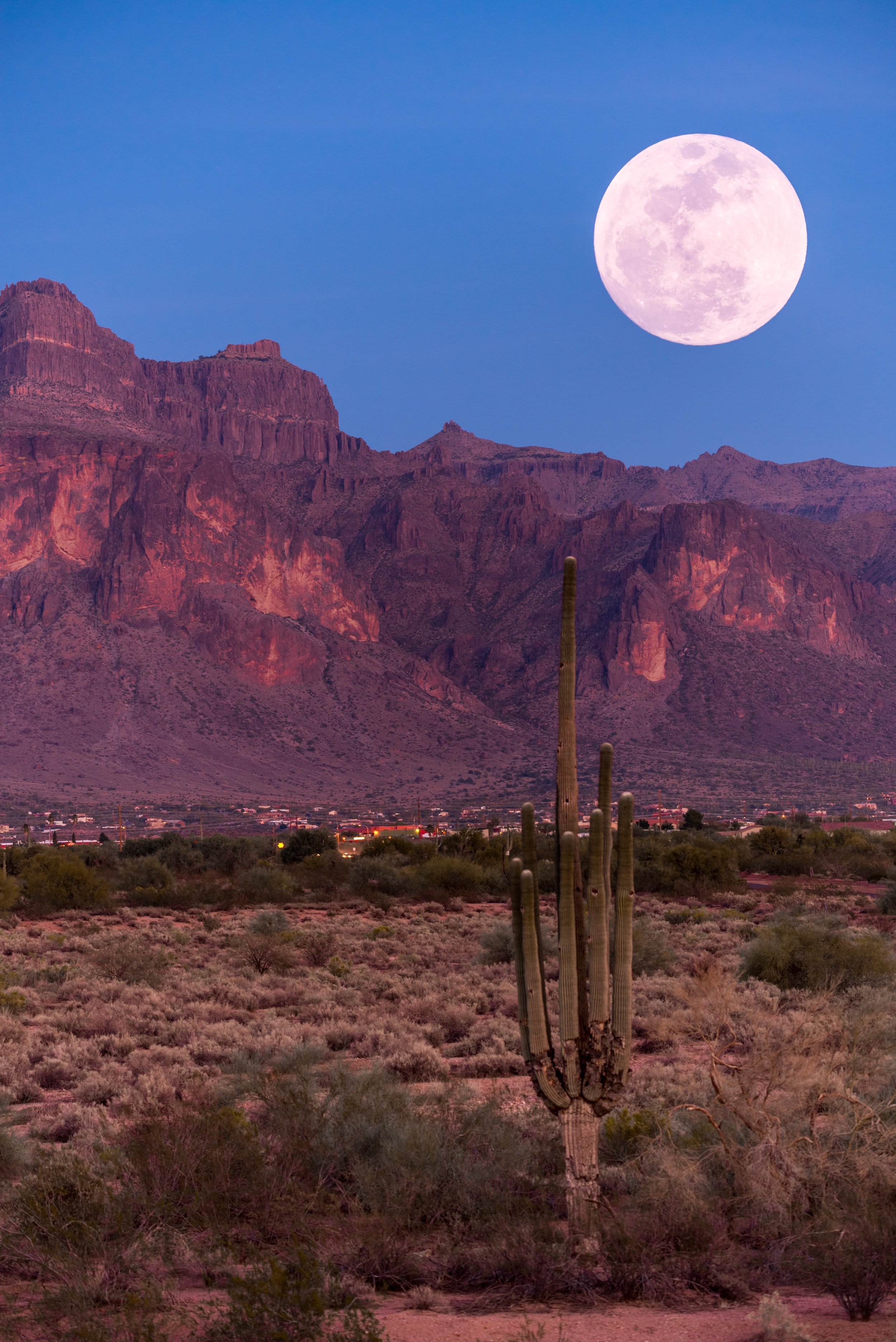 There are many types of psychedelics, but one that maintains perhaps the most mysterious is the natural psychedelic peyote.

Peyote (Lophophora williamsii) is a type of psychedelic cactus.

Like other psychedelic cacti, such as San Pedro (Echinopsis pachanoi) and Peruvian Torch (Echninopsis peruviana), peyote’s main psychoactive compound is mescaline. Peyote has a long and rich cultural history, with it being used as a religious sacrament in indigenous cultures in North America, as well as a history of use among westerners.

What is It Peyote?
The History of Peyote
Common Uses of Peyote
Is Peyote Legal?

What is It Peyote?

Peyote is a type of psychedelic cactus native to Mexico and southwestern Texas. It is mostly found in the Sierra Madre Occidental (a major mountain range in Mexico), the Chihuahuan Desert (spanning Mexico and the southwestern US), and in the Mexican states of Nayarit, Coahuila, Nuevo León, Tamaulipas, and San Luis Potosí.

Peyote is extremely slow to grow, taking more than 10 years to grow to maturity in the wild. Cultivated specimens can, however, grow faster, taking less than three years to grow from a seed to a mature flowering adult. The peyote cactus usually flowers between March and May.

The shape of the psychedelic cactus is like a flattened sphere, with rounded or hump-like bumps. Unlike other cacti, no spines are present. The cactus also produces pink, yellowish, or sometimes reddish flowers, as well as a small edible pink fruit.

The peyote cactus can reach heights from 2 to 7cm and diameters between 4 and 12cm.

How Peyote is Used

The top part of the psychedelic cactus is known as the crown or ‘button’. These buttons are rich in mescaline, which belongs to the phenethylamine class of psychedelics. The mescaline content of fresh peyote is 0.4%, while for dried the content is much higher, between 3-6%[*].

The peyote buttons are cut off from the main body of the cactus and then dried for consumption. The dried buttons are normally chewed or boiled in water, creating a psychedelic tea. Peyote is known to be extremely bitter and to cause noticeable nausea before the onset of psychedelic effects.

The History of Peyote

Peyote is a Spanish word, deriving from the Nahuatl (Aztec language) peyōtl, which means “a thing that glimmers, glows”[*]. The Aztecs used peyote as a religious sacrament (along with psilocybin mushrooms) and viewed the psychedelic cactus as a ‘divine messenger’, a way of communicating with the gods[*].

In the history of psychedelics, peyote use is ancient. For example, there is evidence of peyote use in the Rio Grande in Texas dating back to 3,700 BC[*]. Since at least 5,700 years ago, peyote has played an important role in the cultures of native North Americans.

It was some time before the western discovery and use of peyote. In 1560, Fray Bernardino de Sahagún, a Spanish missionary priest, documented the use of peyote among the Aztecs in his Florentine Codex[*]. Then in 1561, the Spanish physician Juan de Cárdenas described the use of peyote in the Indies[*].

It was then a few hundred years before peyote gained attention in the scientific community in the West. In 1887, Dr. J.R. Briggs, a medical doctor in Dallas, Texas, published an article documenting his self-experimentation with the psychedelic cactus[*].

In 1893, Quanah Parker, chief of the Comanches (a North American Indian tribe) gave 50 pounds of dried peyote buttons to James Mooney, an American ethnologist working for the Smithsonian Institution. He supplied these buttons to psychologist William James and physician Weir Mitchell, both of whom experimented with the psychedelic cactus[*].

Peyote has a history of traditional use among the Huichol or Wixáritari, an indigenous people of Mexico, living in the Sierra Madre Occidental range, in the Mexican states of Nayarit, Jalisco, Zacatecas, and Durango.

In various indigenous North American cultures, peyote has been used in religious rituals. Among the Huichol, for example, peyote rituals involve singing, weeping, and communication with ancestor spirits and deities.

The Huichol shamans make a trip once a year to collect peyote and gather enough to last the whole year[*]. They travel 300 miles on a sacred journey from Huichol country to Wirikuta, a desert located in the state of San Luis Potosí. Once they have obtained the peyote, the Huichol will prepare it and eat enough of the psychedelic cactus to induce visions.

The Navajo, a Native American people of the Southwestern US, also use peyote for religious purposes. Many Navajo are members of the Native American Church (NAC), a syncretic religion founded in the 19th century that combines Native American beliefs with Christianity, although in differing degrees, depending on the branch of the NAC.

Central to the NAC is its sacramental use of peyote (the religion is also known as Peyotism or Peyote Religion). The NAC is a Pan-Indian religion, meaning that members of many different Native American peoples belong to it. Peyote is used to communicate with the Great Spirit (a supreme being), also referred to as the Creator in the NAC religion.

NAC members engage in peyote ceremonies in tipi tents. It’s an all-night ceremony led by a peyote “chief” and it involves prayer, singing, sacramental consumption of peyote, and contemplation.

In some branches of the NAC, non-Native Americans can become members and engage in such ceremonies. Today, Westerners can also join peyote ceremonies that take place outside of the NAC, in organized retreats, for example. Also, as we have seen in the history of peyote, this psychedelic cactus has also been used for non-religious purposes by Westerners for self-experimentation. Many people today seek out the peyote cactus in the wild, purchase it online, or cultivate it themselves for personal or spiritual reasons.

Like all psychedelics, the effects of ingesting peyote can be wide-ranging, including:

There can be differences in the intensity and quality of the experience, too, depending on factors like the dose you take (dosage), your mindset (set), and the environment (setting) you take the peyote in.

The duration of the effects of peyote will often depend on the dose, but generally speaking, they will last 8 to 16 hours. Peyote is one of the longer-lasting psychedelics, along with substances like LSD and ibogaine.

The physical effects of peyote may include:

Peyote can also affect your thoughts, the way you think, and other mental processes. Such cognitive effects of peyote may include:

Peyote can lead to dramatic shifts in perception, which may include:

Peyote often results in many emotional changes as well, such as:

For many people who use peyote for religious purposes or for self-experimentation, peyote can be quite a spiritual experience. The spiritual effects of peyote include:

The Effects of Peyote Compared to Other Psychedelics

Mescaline is illegal in most countries around the world and, for this reason, so is peyote. In the US, for example, mescaline/peyote is a schedule I controlled substance, meaning that the law considers it having a high potential for abuse and no currently accepted medical value[*]. The other classic psychedelics like LSD, psilocybin, and DMT are also in this legal category.

Peyote has been illegal in the US since the Controlled Substances Act came into effect in 1971. This legislation prohibits, on a federal level, the production, sale, and possession of most psychedelics.

However, Native Americans and NAC members are exempt as a result of the American Indian Religious Freedom Act (AIRFA) of 1978 and an amendment made to this law in 1994[*]. This amended Act now protects the use of peyote as a sacrament in traditional religious ceremonies.

Native American people and NAC members can legally use, possess, and transport peyote if done so in a religious context. The law recognizes that this psychedelic cactus is integral to the religion, culture, and way of life of many Indian tribes, as well as NAC members.

Peyote is legal in a few other countries. In Thailand, peyote and other types of psychedelic cactus are not prohibited, even though mescaline is a controlled substance in the country. In Ukraine, Canada, and the Netherlands, peyote is legal for possession, sale, transport, and cultivation. The same applies to the UK, although if the psychedelic cactus is prepared for consumption (such as drying them and cutting off the buttons), then this is prohibited.

Despite the fact that peyote and mescaline are illegal in most countries, peyote does not appear to carry any serious physical risks, nor does it carry a potential for abuse. A 2005 study on the ceremonial use of peyote among Native American populations found the psychedelic cactus had no harmful long-term effects[*].

There is no established lethal dose of peyote. One does exist for mescaline, but to reach it, one would have to consume around 20-80 times the effective dose of peyote. The safety issues surrounding peyote have more to do with how the psychedelic cactus might interact with other drugs or particularly vulnerable people.

For example, peyote should not be combined with stimulants, such as cocaine and amphetamines. It should also be avoided by pregnant women and anyone with a heart condition and/or high blood pressure.