How Do Psychedelics Work? 5 Ways Psychedelic Drugs Work in the Brain & Body 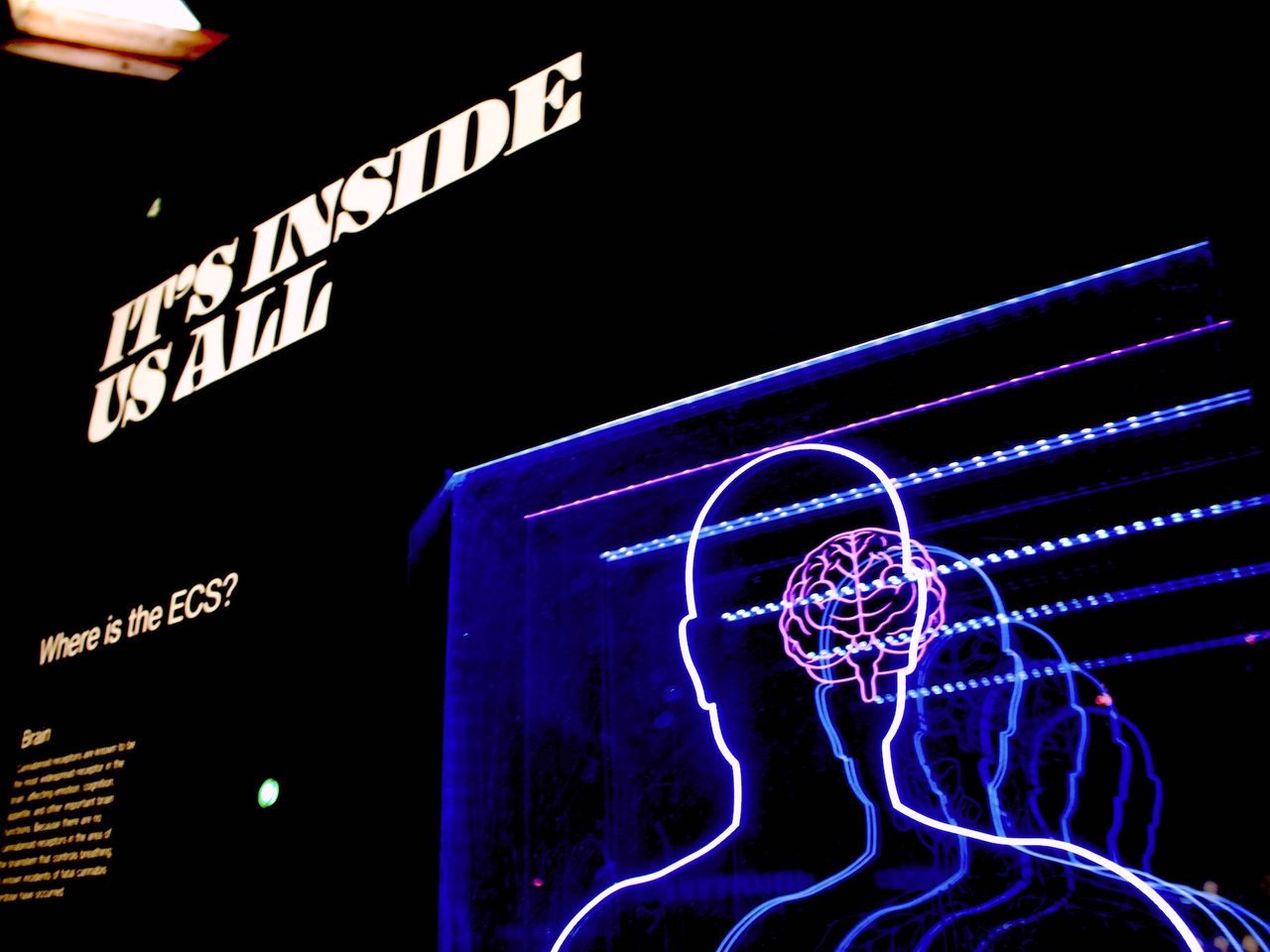 Psychedelics have a range of fascinating effects.

They can create dramatic shifts in the way we perceive things, how we think, and the emotions we feel. Psychedelics can also lead to highly valuable insights and realizations, emotional breakthroughs, and mystical experiences.

These significant changes in how we see the world and ourselves when psychedelics are used raise an important question: how do psychedelics work?

This article aims to explore the science of psychedelics, taking a look at what sorts of changes take place in the brain when someone takes a psychedelic compound.

We’ll start with the level of neurotransmitters and brain receptors and then zoom out to the larger scale, looking at how psychedelics affect networks in the brain.

One of the primary ways in which psychedelics work is on the level of receptors, the part of a neuron (a nerve cell in the brain) that receives signals from nearby neurons. Research shows that many of the effects of psychedelics occur because these chemicals activate a specific receptor in the brain called the 5-HT2A receptor[*].

These receptors are normally triggered by the neurotransmitter serotonin. But many psychedelic chemicals can also stimulate these receptors. ‘Stimulate’ here means that they mimic the action of serotonin at the receptor when it binds to it. But since the compound isn’t exactly serotonin, it changes the behavior of the neuron that it binds to.

The result, then, is altered perception, thinking, and emotions.

The psychedelics known to do this are called serotonergic psychedelics, based on their effect on the serotonin receptors, particularly the 5-HT2A receptor.

Serotonergic psychedelics include psilocybin, mescaline, DMT, and LSD. Psilocybin and DMT structurally resemble the serotonin molecule, whereas mescaline more closely resembles the neurotransmitter dopamine. This is why mescaline also tends to bind with dopamine receptors.

Serotonergic psychedelics can be classified based on their activity at different receptors. These different effects on types of receptors can help explain why a psychedelic like mescaline has different subjective effects compared to psilocybin.

Studies have revealed that if you give someone both psilocybin and a drug called ketanserin that blocks the 5-HT2A receptors, then hallucinogenic effects do not occur[*]. This indicates that the 5-HT2A receptors are central to how psychedelics work.

In addition, the potency of a psychedelic is related to its affinity for the 5-HT2A receptor. For instance, LSD has a high affinity for this receptor, which explains why it so potent.

Neural plasticity refers to the ability of neurons to change in their form and function, including their connections with other neurons. Also known as neuroplasticity, an increase in this kind of plasticity can mean that new neural connections can be made, which researchers believe helps to explain why psychedelics are effective in treating mental health conditions like depression, anxiety, addiction, and post-traumatic stress disorder (PTSD).

There is evidence that this condition results from structural changes in the brain. In depression, for example, neurites (the sections of a neuron – axons or dendrites – that bridge the gap between two neurons) shrivel up in the prefrontal cortex.

This is a key area of the brain that helps regulate mood, emotion, and anxiety. When neurites shrivel up in this area, mood and anxiety cease to function in a normal way, leading to persistent emotional problems[*].

In one study, scientists discovered that psychedelics like LSD and DMT help to promote neurite growth[*]. Moreover, LSD was shown to be more effective at promoting neural plasticity than ketamine, which is also used as an antidepressant[*]. The researchers also highlighted that when the drug ketanserin was used to block the 5-HT2A receptors, the increase in neuroplasticity did not occur. The same was true when researchers blocked two other receptors, known as TrkB and mTOR.

This shows psychedelics help to achieve neuroplasticity by working on different receptors in the brain.

By stimulating the growth of neural branches and connections, psychedelics can lead to healthier brain functioning and, in turn, improved mental health. This model of treatment is quite different from the use of antidepressants, for example, which are based on the assumption that depression results from imbalanced brain chemistry.

Another way in which psychedelics achieve their unique effects is by increasing something known as brain entropy.

This refers to the degree to which brain activity is chaotic or uncertain. The psychedelic researcher Robin Carhart-Harris used this concept when presenting his entropic brain hypothesis in a 2014 paper[*].

The hypothesis derives the term entropy from physics, which is a measure of disorder in any closed system (where no matter or energy leaves the system).

A study on LSD has shown that psychedelics increase brain entropy, that is, they lead to less predictable brain activity[*]. The authors of this research found there was a relationship between this increased brain entropy and personality changes. Specifically, two weeks later after participants took LSD, they scored higher on the personality trait ‘openness’, which is linked to more creativity, imagination, aesthetic appreciation, and intellectual curiosity.

In contrast, high entropy is linked to more flexible states, including REM sleep/dreaming, near-death experience, early psychosis, and psychedelic experiences. The entropic brain hypothesis links the lasting benefits of psychedelics – such as increased flexibility and changes in habits – to increased entropy in the brain.

Psychedelics change brain waves in a way that helps to explain why certain psychedelic effects occur.

A 2019 study published in Scientific Reports, for example, found that DMT creates a kind of waking dream state[*].

The researchers used EEG or electroencephalogram to measure electrical activity in the brain, specifically brain waves, which refer to synchronized electrical pulses from masses of neurons. Brain waves are divided into different frequencies, which is how many cycles (pulses) happen per second. Each type of frequency is tied to a particular state of mind.

Using EEG, the researchers discovered that DMT creates a reduction in alpha waves, which our brain produces when we are awake. Alongside this were increases in delta and theta waves, associated with dreaming. Like the dream state, people under the influence of DMT are cut off from external reality while immersed in another world.

Brain activity was also observed to be more chaotic and unpredictable. But the lead author of the study, Chris Timmerman, said[*]:

“We saw an emergent rhythm that was present during the most intense part of the experience, suggesting an emerging order amidst the otherwise chaotic patterns of brain activity. From the altered brainwaves and participants' reports, it's clear these people are completely immersed in their experience—it's like daydreaming only far more vivid and immersive, it's like dreaming but with your eyes open.”

#5. The Reducing Valve Theory of Psychedelics

In The Doors of Perception (1954), the British author Aldous Huxley describes his experience with mescaline and his views on the psychedelic experience.

One idea he presented is known as the reducing valve theory, developed by the English philosopher C.D. Broad. Broad argued that the brain works to constrain consciousness, restricting the amount of information that enters our awareness. This is so that we only deal with information that is relevant to our survival and needs.

If the brain didn’t have this reducing function, so the theory goes, we would become overwhelmed by too much information. According to Huxley, psychedelics temporarily disable the brain’s reducing valve, allowing the conscious mind to become flooded with new sensory information and experiences.

Over 50 years later, psychedelic science would help to confirm the reducing valve theory of the brain. The world’s very first images of the brain on LSD show that this psychedelic decreases communication between brain areas that make up the default mode network (DMN)[*]. The DMN is a collection of key brain areas that work together to repress consciousness. It controls the amount of sensory information that we are aware of. It has also been referred to as the neural basis of the ‘ego’.

LSD, however, inhibits the DMN, allowing areas of the brain that don’t normally communicate with each other to start talking. Also, the more that LSD inhibits the DMN, the stronger is the experience of ‘ego dissolution’, as well as the feeling of oneness and unity. This suggests, then, that psychedelics can lead to a mystical experience by disabling the DMN in the brain.

Researchers have also linked this weakening of the DMN with more fluid forms of thinking. This helps patients with depression or addiction, for instance, break free from more rigid ways of thinking.

As we can see, there are many ways to answer the question: how do psychedelics work? We can focus on the level of molecular activity or take a broader perspective and see how psychedelics change networks in the brain.

Psychedelic research is ongoing and will continue to provide clearer and newer insights into how psychedelics achieve their unique effects.